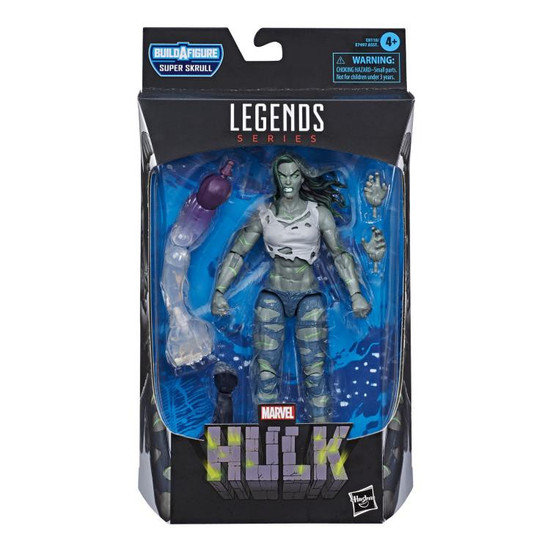 Things are rarely easy for Jennifer Walters. After a transfer of blood from her cousin Bruce Banner turned her into She-Hulk she has risen to become one of Marvels most prominent female heroes with several series of books all her own. Shes gone from comedy series to dark and series and everything in-between.

With over 80 years of comic book history, Marvel has become a cornerstone of fan collections around the world. With the Marvel Legends Series, fan favorite Marvel Comic Universe and Marvel Cinematic Universe characters are designed with premium detail and articulation for top-of-the-line poseable and displayable collectibles.