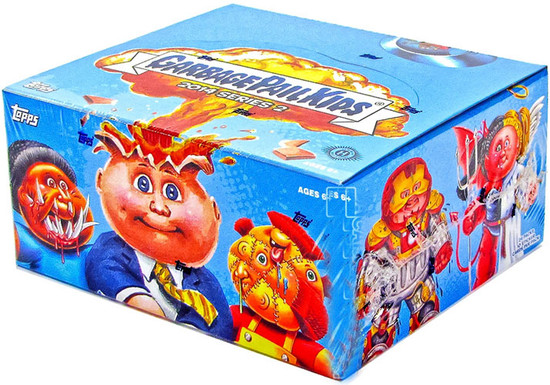 Unleash the power of the GPK superheroes with Garbage Pail Kids 2014 series 2! Between Avengers, SHEILD, Batman, and more, superheroes are more popular than ever. Now, GPK is getting in on the action with its own hilarious cast of parody heroes and villains! See GPK's unique group of heroes and villains show off their special powers and wage epic battles between good and evil. Will Spider Manny and his super snot webs prevail over Venomous Vince? There are 152 cards to collect: 132 brand-new characters (66 A/B names), 10 superhero battles, and 10 full card comics. There are black, silver, and gold parallels, as well as 8 bonus cards, 11 superhero C-names, die-cut sketch cards, artist autographs, and more. 10 cards per regular pack, 24 packs per box. 6 cards per collector's pack, 24 packs per box.
2014gpk2hobby
887521026326
112040
In Stock
New