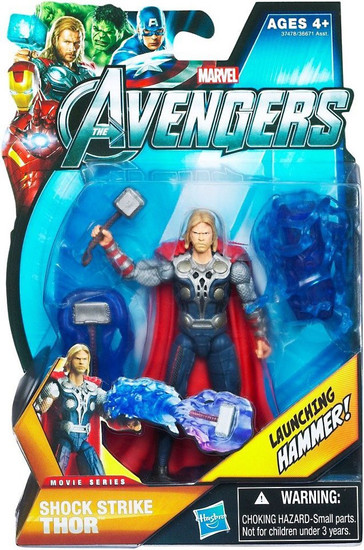 With his legendary hammer in his hand, THOR is an unstoppable force, wielding the wind, rain, and mighty lightning as his weapons. Though he is but one man, he is a man with enough power to hold armies at bay.

This detailed Shock Strike THOR figure puts you right into the heart of the battle for the future of the planet. He carries his signature weapon and wont back down in the starkest of circumstances. Launch your heros hammer and imagine his opponents suffering a crushing defeat.