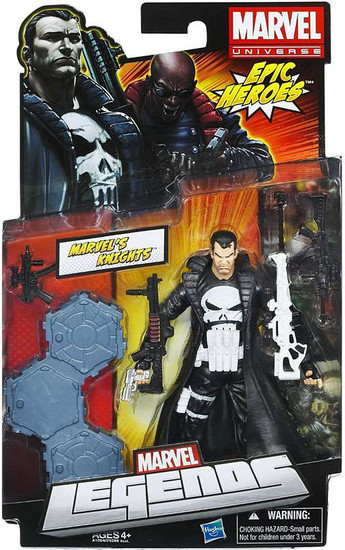 We will ship whichever of the two figures we receive from Hasbro.
$74.99
(You save )

Kick-start some epic comic action with this awesome MARVELS KNIGHTS figure! This intense figure is heavily armed and seriously detailed to look like one of the dangerous MARVELS KNIGHTS of MARVELs comic battles. Arm him with his many weapons and send him into the fray, or set him on his display stand in your collection. Power up with your MARVELS KNIGHTS figure!
Detailed figure looks like the famous MARVEL comic character! Arm him with his many weapons. Stand him on his display stand!
Figure comes with accessories and display stand.
WARNING: CHOKING HAZARD Small parts. Not for children under 3 years. Ages 4 and up.
2012punnisher
653569775867
121781
In Stock
New