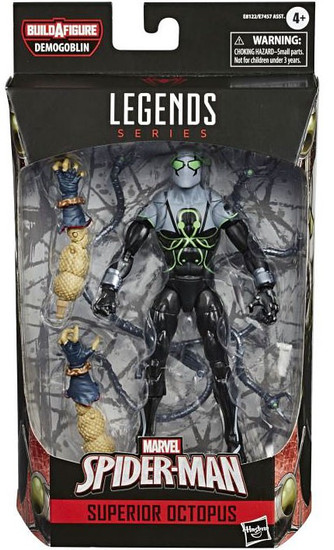 When Otto Octavius switched minds with Peter Parker he became the Superior Spider-Man but once Peter reclaimed his body Ottos consciousness found a home in a clone-body made by the Jackal and has taken on the anti-hero mantle of the Superior Octopus!

With over 80 years of comic book history, Marvel has become a cornerstone of fan collections around the world. With the Marvel Legends Series, fan favorite Marvel Comic Universe and Marvel Cinematic Universe characters are designed with premium detail and articulation for top-of-the-line poseable and displayable collectibles.

Otto Octavius suits up in a high-tech spider suit to protect the city as the Superior Octopus.
superioroctopus
5010993659524
311971
In Stock
New