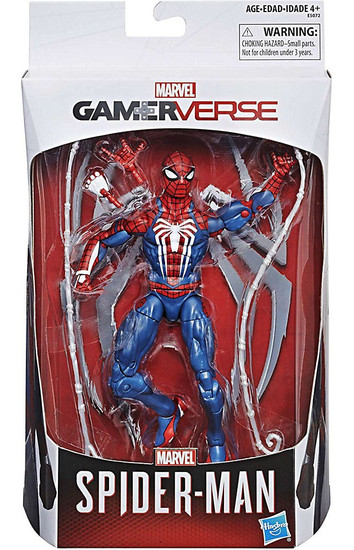 Marvel Legends 6 Scale Spider-Man PS4 Version. The figure is based on the upcoming PlayStation 4 Spider-Man video game. The figure will include a set of interchangeable hands and a webbing effects piece.
When Peter Parker was bitten by a radioactive spider, he gained the powers of a spider and became the crime-fighting Super Hero called the Amazing Spider-Man!
With the Marvel Legends Series, both kid and adult Marvel fans can start a legendary collection of comic- and movie-based Marvel characters. This 6-inch Gamerverse Spider-Man figure is highly articulated and features a game-inspired design, making it another worthy addition to the Marvel Legends Series.
spidermanlegendsgs
630509782949
262362
Out of Stock
New