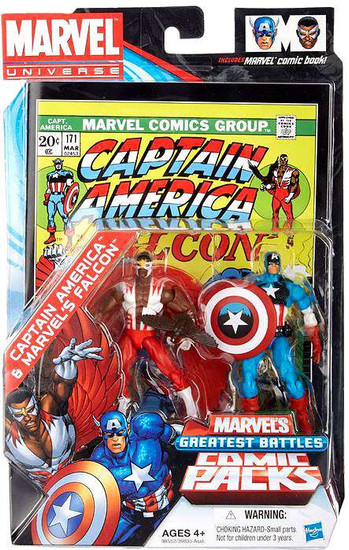 Enigmatic sorcerer DOCTOR STRANGE is one of the foremost masters of magic. The SILVER SURFER wields the power cosmic, giving him the ability to perform almost any feat imaginable. Together with NAMOR and the HULK they form the core of the Super Hero team the Defenders. The team has protected Earth from many threats, along the way proving to be an alliance thats as combustible as it is formidable.
Get in on the fast-paced action and excitement as you stage epic battles with your SILVER SURFER and DOCTOR STRANGE figures leading the charge against evil! Re-create your favorite scenes from the included MARVEL comic book or create your own super-powered showdowns. With these mighty, articulated action figures, theres just no stopping the action!
These heroic SILVER SURFER and DOCTOR STRANGE action figures are carefully detailed and ready for combat! SILVER SURFER figure stands on his signature surfboard! They come with an action-filled MARVEL comic book.
Pack includes SILVER SURFER figure, DOCTOR STRANGE figure and comic book.
Ages 4 and up.
americafalcon
653569724582
122068
Out of Stock
New