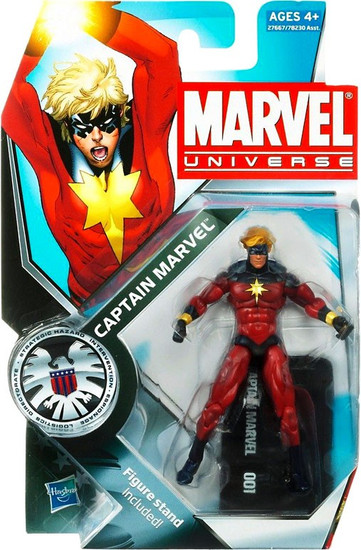 Born light years away in the Kree Empire, Mar-Vell rose to great renown as a soldier of the Kree. Sent to infiltrate and observe Earth, he fell in love with the chaotic young world and its people. He was befriended by Earths heroes, and eventually became renowned as one of Earths greatest champions, despite his alien origins.

Intricately detailed down to the last muscle, this articulated Captain Marvel action figure is ready to fight! Send him into combat to fight for the fate of the world or leave him posed for action on his stand as a warning against evil-doers everywhere. The battle is just beginning and the power is in the palm of your hands!

Figure comes with a figure stand.

SUMMARY:
Articulated action figure comes with a stand for display after youre done enacting all of your fiercest good-versus-evil battles! Figure comes with a figure stand. Ages 4 and up.
captainmarvel
653569564089
119035
In Stock
New