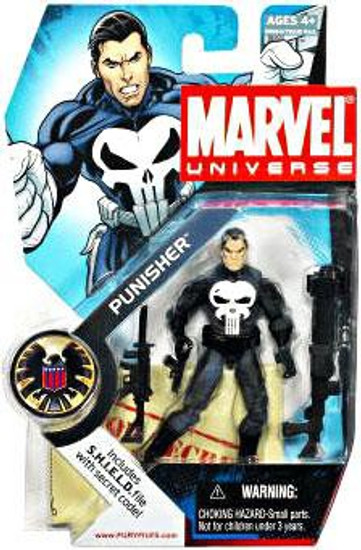 Frank Castle, a.k.a the Punisher is the most dangerous man the world has ever seen. He operates in a shadowy realm far away from the spotlight occupied by regular heroes. Walking the dangerous line between hero and criminal, he fights the fight that is too dark and dirty for most. Hes not a man out to right wrongs or protect the innocent. Instead, he fights a war to destroy crime, and punish the guilty.
Put this Punisher action figure in a battle-ready pose and take on the enemy! Fully articulated, this fierce-looking fighter is ready to take a stand in your collection!
Action figure comes with a S.H.I.E.L.D. file with a secret code.
WARNING: CHOKING HAZARD Small parts. Not for children under 3 years.
mus3punisher
643690231264
117776
In Stock
New