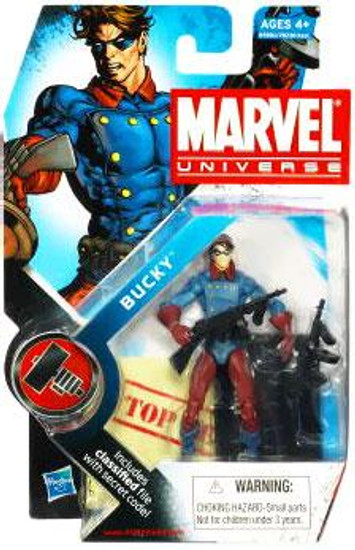 History remembers James Buchanan Barnes as a simple, enthusiastic kid who lucked into a partnership with the legendary Captain America, and shared his adventures around the world. In reality, he was every bit the soldier. Raised his entire life on a military base, he was trained to fight by Captain America. He was the super soldiers stealthy shadow, slipping in the back while his heroic partner stormed through the front lines.

Intricately detailed down to the last muscle, this articulated Bucky action figure is ready to fight! Send him into combat with his weapon accessories to battle it out for the fate of the world or leave him posed for action on his stand as a warning against evil-doers everywhere!