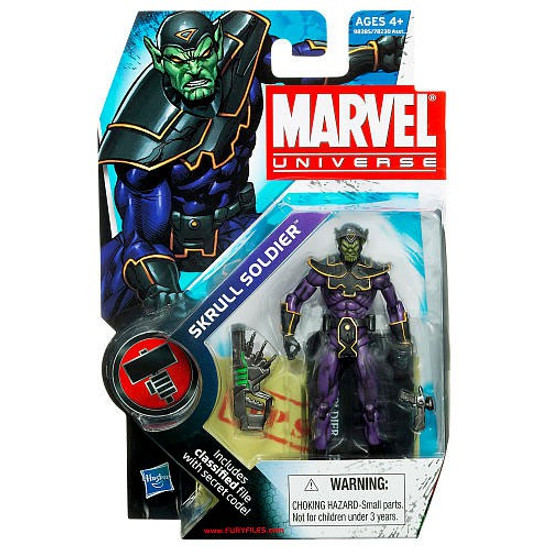 Though the Skrull Empire had vast resources and powerful technology, the backbone of its all-conquering armies was made of these humble soldiers. Each one was trained to use his shape-shifting abilities to create confusion among their enemies, making them vulnerable to the surprise attacks and sabotage that were the Skrull Empires signature. For a thousand years, these soldiers were what allowed the empire to bring an entire galaxy to its knees.
Intricately detailed down to the last muscle, this articulated Skrull Solider action figure is ready to fight! Send him into combat with his weapon accessories to fight for the fate of the world or leave him posed for action on his stand as a warning against evil-doers everywhere. The battle is just beginning and the power is in your palm of your hands!
marvelskullsoldier
653569510215
118576
In Stock
New