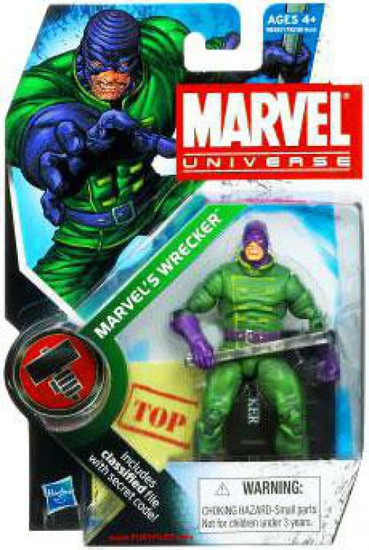 Dirk Garthwaite never needed a reason to be a bad guy. For as long as he can remember, hes been filled with anger, and determined to make everyone else suffer for it. Even before Asgardian magic turned him into a being powerful enough to challenge even the mighty Thor, he got his kicks by robbing people and destroying their stuff. Flush with superhuman power, he takes great joy in trashing things on an epic scale. Together with his partners in the Wrecking Crew, hes nearly a match for the Avengers.
Intricately detailed down to the last muscle, this articulated Marvels Wrecker action figure is ready to fight! Send him into combat with his weapon accessory to fight for the fate of the world or leave him posed for action on his stand as a warning against evil-doers everywhere. The battle is just beginning and the power is in your palm of your hands!
marvelwrecker
653569510130
118572
In Stock
New