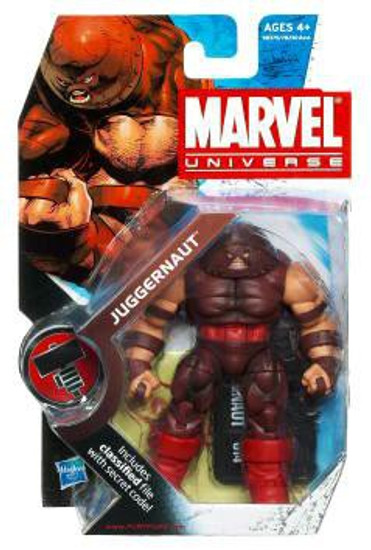 Before unwittingly encountering the mystical Crimson Gem of Cyttorak, Cain Marko was a normal man, but he was a man consumed by jealousy of his half-brother, Charles Xavier. Cyttorak seized on that jealousy, turning Marko into a being of untold power an unstoppable force of destruction that would plague Xavier and the world for decades to come.

Intricately detailed down to the last muscle, this articulated Juggernaut action figure is ready to fight! Send him into battle to fight for the fate of the world or leave him posed for action on his display stand as an ominous warning to heroes everywhere!