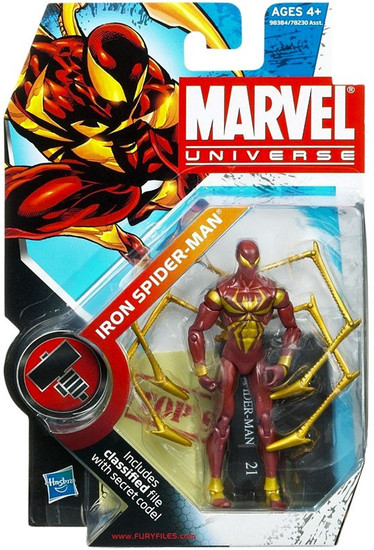 Iron Man created this new costume for Spider-Man as a way of welcoming him to the Avengers. It packs much of the same technology Tony Starks own armor does, as well as specialized cybernetics that enhance the web-slingers abilities. Spider-Man wore the armor with pride until the Super Hero Civil War drove him underground, forcing him to abandon it.
Intricately detailed down to the last muscle, this articulated Iron Spider-Man action figure is ready to fight! Send him into combat with his talon accessories to fight for the fate of the world or leave him posed for action on his stand as a warning against evil-doers everywhere. The battle is just beginning and the power is in your palm of your hands!
ironspidermanmarv
653569510147
118573
Out of Stock
New