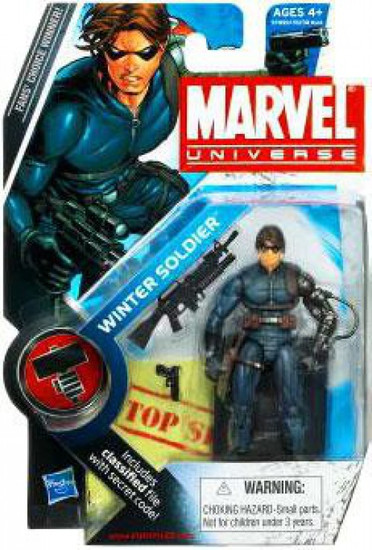 Few covert operatives had as much effect on the world as did the Winter Soldier. His name was only spoken in whispers by those few who had heard of him and lived. Brainwashed and used by his Soviet masters, he was the USSRs secret weapon against its enemies. It was only after he was defeated and his memories restored by Captain America that he turned his considerable skills to heroism.
Intricately detailed down to the last muscle, this articulated Winter Soldier action figure is ready to fight! Send him into combat with his weapon accessories to fight for the fate of the world or leave him posed for action on his stand as a warning against evil-doers everywhere. The battle is just beginning and the power is in your palm of your hands!
wintersoldier
653569478164
118574
Out of Stock
New