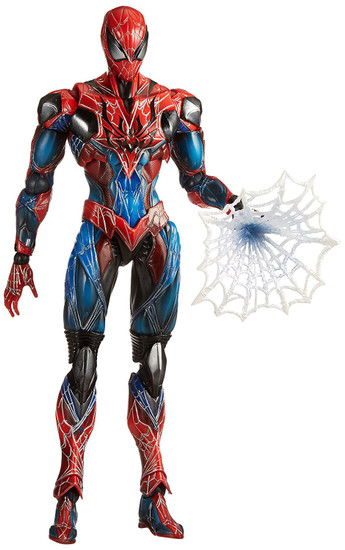 Due to the fragile nature of Play Arts we cannot accept returns on opened product. We inspect each figure before sending it out, but sometimes figures can be damaged in transit. Please make sure to inspect your figure for damages before opening it.
$149.99
(You save )

From Square Enix. Spider-Man is an iconic Marvel character who has appeared in various media, including comics, animation, and film. In this Marvel Universe Variant, his joints were designed with one of the widest ranges of motion of any Play Arts ~KAI~ to date, so he can do whatever a spider can! Spidey retains his iconic slender, lithe physique and wide range of flexibility. His classic red and blue suit now has touches of black for added depth, and the iconic spider webbing is accentuated with a metallic sheen. Spider-Man can be posed slinging
either translucent webbing from his wrists, or a net-shaped spider web to trap his foes.
pakspiderman
662248816302
105216
In Stock
New