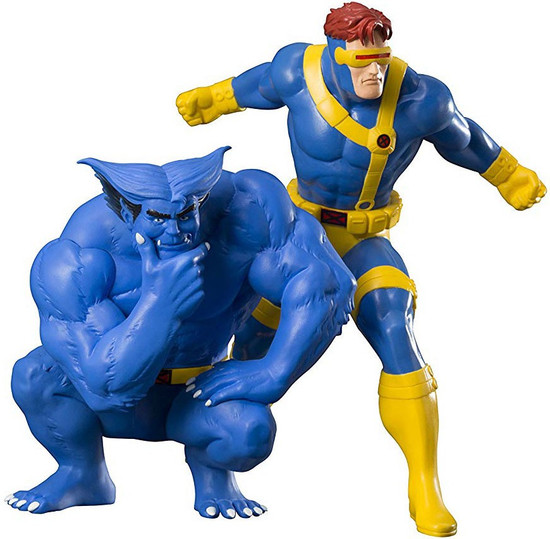 In 1992 the Fox Network revolutionized superhero comic adaptations with the groundbreaking animated series X-Men. Featuring complex storylines pulled right from the pages of Marvel Comics as well as cool characters and high quality art, the cartoon gained instant acclaim and has continued to be popular to this day

This X-Men two pack features the leader of the Blue Teamwho has appeared in countless comics, animations, and even video gamesCyclops in his classic blue and yellow costume, and the brains of the blue team, Beast, complete with removable glasses.
Product Features