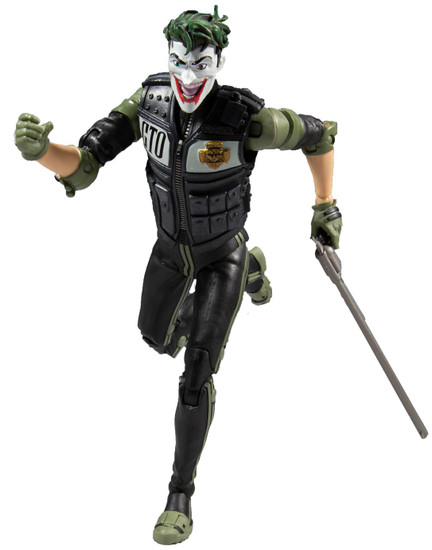 Once the Clown Prince of Crime and Batmans greatest Super-Villain, The Joker has been cured of his madness. Now, going by the name of Jack Napier, hes been released from Arkham Asylum and has set his sights on politicswith hopes to save Gotham City from the one person he sees as its true enemy: Batman.
Incredibly detailed 7 scale figures based off the DC Multiverse
Designed with Ultra Articulation with up to 22 moving parts for full range of posing and play
The Joker figure based on the comic book story arc Batman: White Knight
The Joker accessories include long nose blaster, alternate Jack Napier head, and base
Included collectible art card with The Joker from Batman: White Knight artwork on the front, and character biography on the back
Collect all Batman: White Knight Figures! Batman and Azrael as well as other McFarlane Toys DC Multiverse figures. Figures sold separately.
mcdcmultiwhtkntjoker
787926154078
329013
In Stock
New