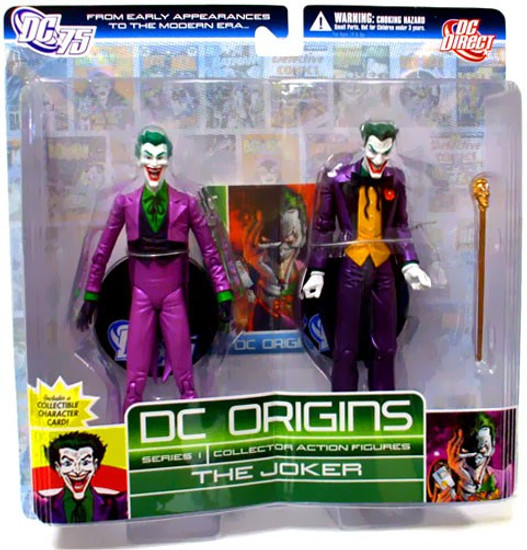 Trace the history of some of the most popular DC Comics characters with these special two-pack action figure sets!
Each set includes two full-sized figures packaged together one based on art from the character's early appearances and the other based on art from the modern era.
The Joker Two-Pack includes the Classic and Modern versions of the character. The figures stand at 6" and 6.75" respectively.
dcuniverseoriginsjoker
761941288741
278156
In Stock
New