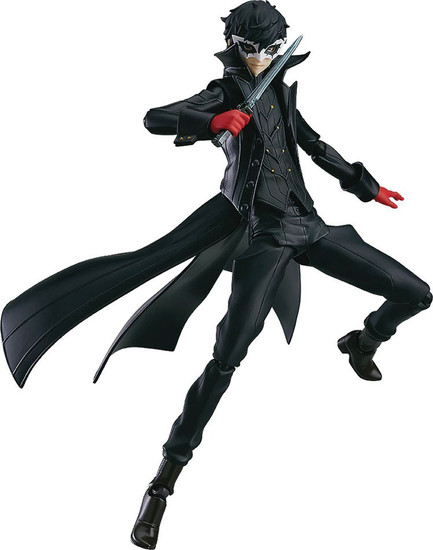 From Max Factory. The main character from Persona 5 is joining the figma series! From the popular RPG game Persona 5 comes a figma of the main character in his Phantom Thief outfit! The smooth yet posable figma joints allow you to act out a variety of different scenes. A flexible plastic is used in specific areas, allowing proportions to be kept without compromising posability. He comes with three face plates including an expressionless face, a smiling face and a suspicious grinning face. Optional accessories include a gun, a knife and an alternate front hair part to pose him with his mask. The Phantom Thieves' feline partner, Morgana, is also included to display by his side.