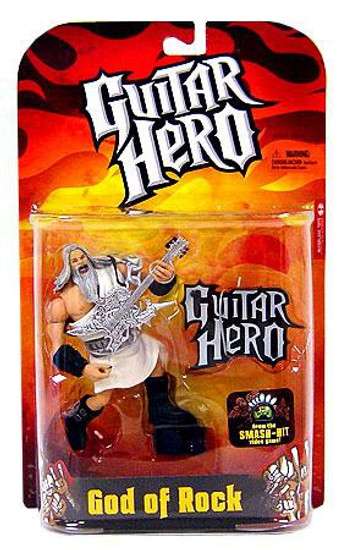 Once human, the God of Rock has ascended to the highest level of rocking and plays nightly in a small pub on Mount Olympus. Occasionally, he finds time to guitar battle with mere humans. He also is credited with inventing the lute.
Each figure will have 15-18 moving parts. A unique removable guitar is included with each character, and is interchangeable with the other figures. Each figure also comes with a sculpted Guitar Hero logo base.
godofrock2
787926190106
196069
In Stock
New