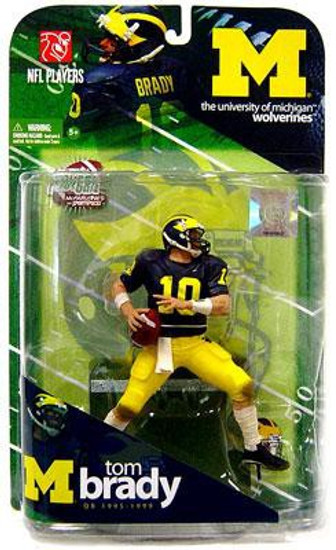 Brady was a backup his first two years while his teammate and future NFL quarterback Brian Griese led the Wolverines to a share of the national championship in 1997 in the Rose Bowl. When he enrolled at Michigan, Brady was seventh on the depth chart and had an intense struggle to get some playing time. Brady ultimately started every game in the 1998 and 1999 seasons. During his first full year as starter, he set Michigan records for most pass attempts and completions in a season with 214.
collegebrady
787926932911
236345
Out of Stock
New