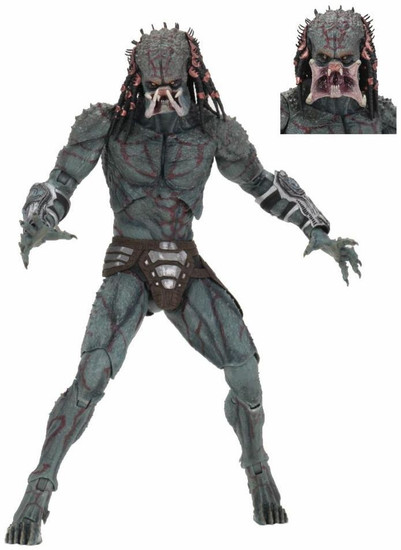 Due to the fragile nature of NECA Collectibles we cannot accept returns on opened product. We inspect each figure before sending it out, but figures can be damaged in transit. Please make sure to inspect your figure for damages BEFORE opening it.
$189.99
(You save )

The Assassin Predator is in pursuit of the Fugitive Predator... And due to its massive size and genetic modifications (in its armored form it has nearly bulletproof exoskin) it has the clear advantage.
The Deluxe Armored Assassin action figure stands nearly a foot tall and has two interchangeable heads, two pairs of hands, and a detachable wrist blade and wrist cannon. Comes in collector-friendly deluxe window box packaging with opening flap.
necapredatordeluxearmoredassasin
634482515792
284895
In Stock
New