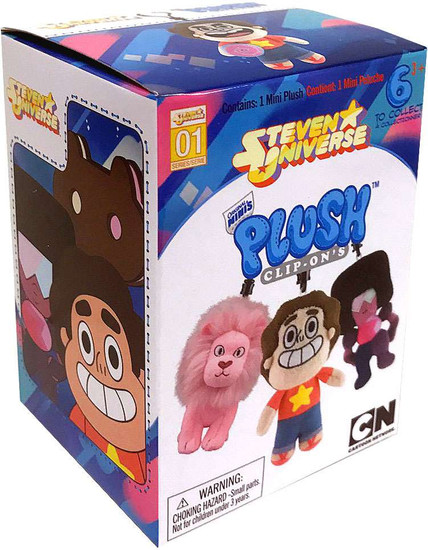 Steven Universe Mini Plush clip ons mystery packs. Who will you get? ! Steven is an extraordinarily unique being with innate powers beyond that of both normal humans and Gems. While only a child, Steven has steadily grown from an escort of the Crystal Gems into an equal amongst their ranks thanks to his good-hearted nature and resourcefulness. Though he is a part of a monumental legacy, Steven is devoted to fulfilling his destiny as protector of humanity, just like his mother was before him.
stevenuniverseclippack
853730005933
148133
Out of Stock
New