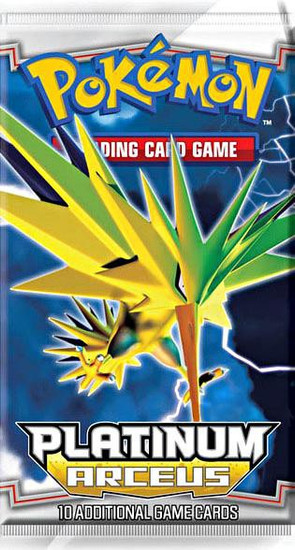 Pokemon Platinum Arceus expansion introduces the Alpha Pokemon Arceus, one of the most amazing Pokemon ever! Different versions of the new Alpha Pokemon Arceus including LV.X.
It is currently the final Pokemon in the National Pokedex. Like Darkrai and Shaymin before it, Arceus was not officially recognized by Nintendo until February, 2009, the year of its debut movie. It was later revealed in the official site on August 3rd, 2009, making all Pokemon in the games officially revealed.
Arceus is known as "The Original One," as it is said that it created the Pokemon universe and the lake and dragon trios. The only legitimate way to get Arceus is with the Azure Flute or through a Nintendo event.
pokemonarceuspack
820650105104
200504
Out of Stock
New