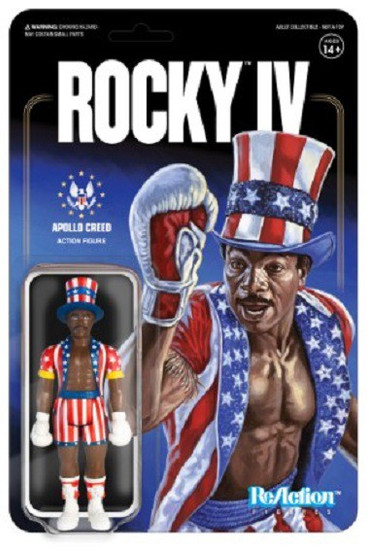 Apollo Creed is a fictional character from the Rocky films. He is a tough but agile boxer, who is, as the series begins, the undisputed heavyweight world champion. Creed, also known as 'The Master of Disaster' was loosely based on a combination of Muhammad Ali, Sugar Ray Leonard, Joe Louis, and Jack Johnson. A 2013 poll of former heavyweight champions and boxing writers ranked Creed as the second-best boxer in the Rocky series. 3.75' Reaction Figure in red, white, and blue Uncle Sam outfit
rockyreactionapollo
811169033453
291116
In Stock
New