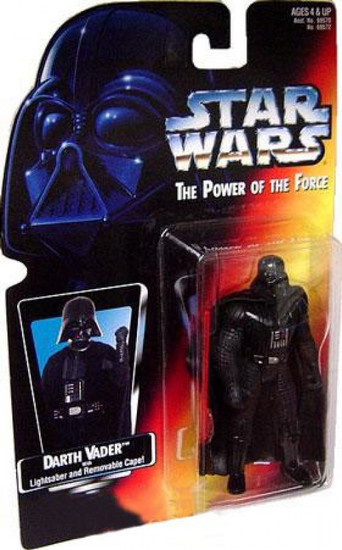 Once known as Anakin Skywalker, expert pilot and hero, Vader studied the ways of the Force under young Jedi Knight Obi-Wan Kenobi. His impatience with the Jedi training made him susceptible to the dark side, which corrupted him as he gave in to his anger and aggression. Vader was almost killed in a confrontation with Kenobi, and was force to adopt his current life support systems and fearsome body armor.
starwarsdarthvader
643690215011
188727
Out of Stock
New