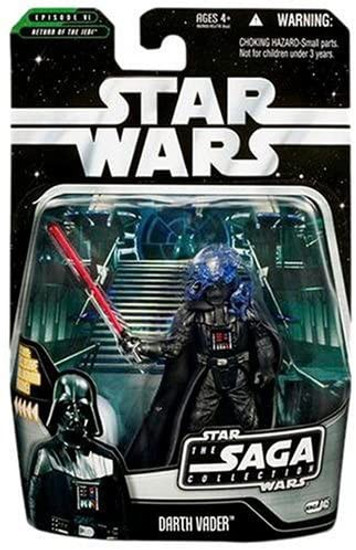 This edition of Vader depicts him during the final moments of the Throne Room duel at Endor! Features removable hand with "battle damage" detail! Translucent helmet shows the effects of Palpatine's Force Lightning! Includes removable vinyl Force Lightning and Lightsaber. Darth Vader is originally sent to prepare the new Death Star for the arrival of his Master, Emperor Palpatine. It is with great pleasure that he delivers Luke Skywalker into the presence of the Emperor. Ironically, it is Luke's conviction that there is still good in him that allows him to turn his bitterness at the Emperor's inevitable betrayal into a final, heroic act.
vaderfinalstarwarsaga06actionfigure
653569126607
189204
In Stock
New