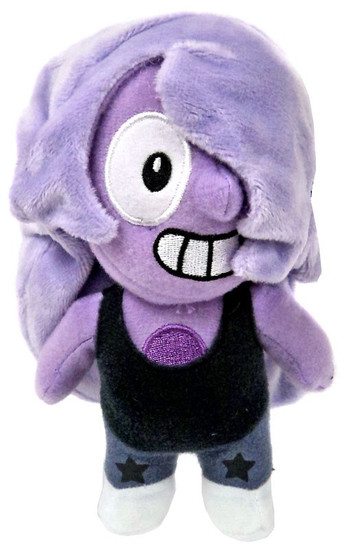 Amethyst Mini Plush from Steven Universe. One of the Gems manufactured on Earth as a part of the Gem Homeworld's Kindergarten project and is the last known, Amethyst is one of the last surviving Gems on Earth to join the Crystal Gems. After the rebellion, Amethyst helped her friends protect the Earth over the next five millennia, and often aids in the shenanigans of Steven Universe, Rose Quartz's son.
amethystplush
635510605676
136333
Out of Stock
New