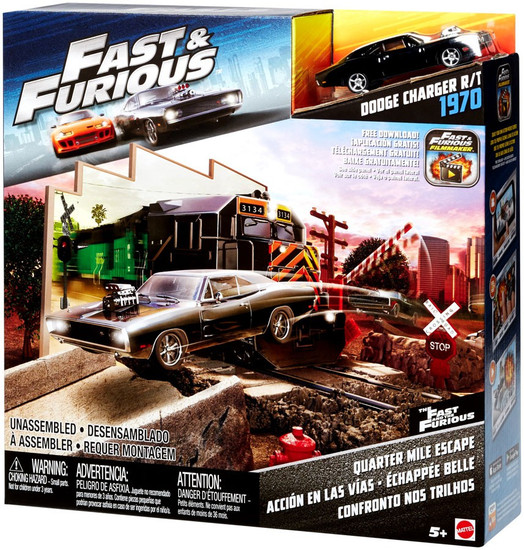 The Fast and the Furious

The Fast and the Furious

Fast & Furious is an American franchise that includes action films centered on illegal street racing and heists. The lines between good and bad blur in this exciting film series that has at its irresistible core super-fast, thrilling cars! Now you're the stunt drive as you play out the action from epic Fast & Furious chase scenes! Street Scene is stylized with details inspired by the actual movie sets and includes a 1:55 die cast 1070 Dodge Charger RT! Along with the vehicle, set includes a launcher so kids can recreate their favorite scenes right out of the box. Get ready to fly off the ramp, dodge the barrier, and land the stunt! Interacts with the Mattel Fast & Furious mobile app. Details and decos are cool, hot, and true to the Fast & Furious! Perfect for car enthusiasts and Fast & Furious fans.
ff8quartermileesc
887961449426
163687
Out of Stock
New