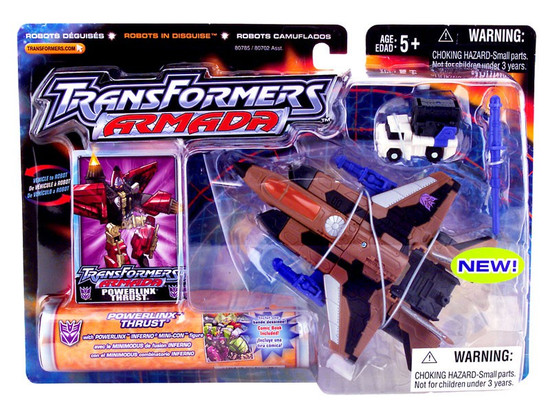 This new edition of the Decpticon Supercon Thrust is cast in an alternate color scheme! Now in coppertone with black trim, complete with Minicon Crumplezone! Transforms from attack jet to robot and back! Fires two missiles in both modes. Crumplezone is now cast in white with black trim and transforms from missile truck to robot and back! Removable launcher fires a missile in both modes, or becomes a hand weapon for Thrust! Attatch Crumplezone to Thrust to activate spinning attack system. Includes three missiles and mini comic!
trarpothwiin
076930807859
189170
In Stock
New