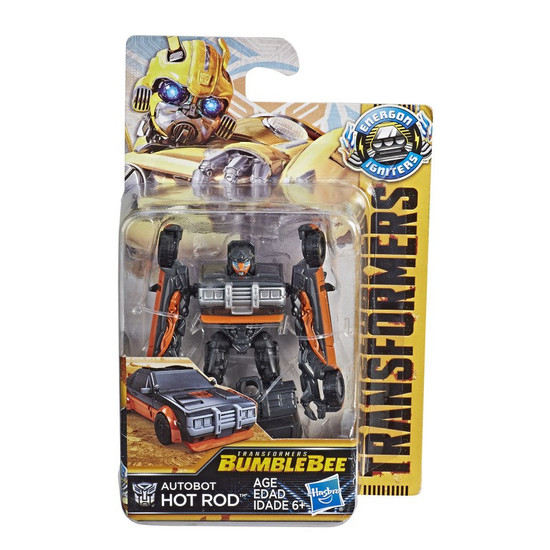 The lifeblood of Transformers robots, Energon fuels the epic action on Earth and beyond.
Now, imagine harnessing the Transformers Energy source with energy igniters figures. Convert this energy igniters speed series Autobot hot rod figure between robot and sports car modes in 6 steps. Then plug the energy igniters core (Not Included) into the vehicle and push down to unleash driving action. This Autobot hot rod figure stands at a 3-inch scale. Look for the energy igniters core sold with power plus Series and Nitro series figures (each sold separately).
When his tires hit the asphalt, Autobot hot rod is ready to go with a need for speed. The brash Warrior likes to lead the pack, inspiring his fellow Autobots to rev their engines into high gear against the Deceptions.
tramv6ignitercougar
630509668083
272543
In Stock
New