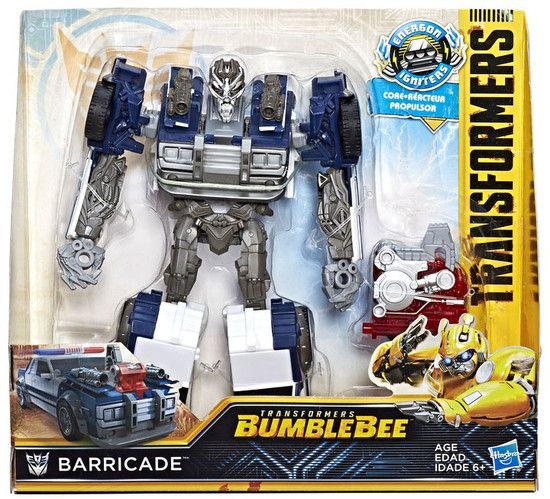 The lifeblood of Transformers robots, Energon fuels the epic action on Earth and beyond. Now, imagine harnessing the Transformers energy source with Energon Igniters figures. Convert this Energon Igniters Nitro Series Barricade figure between robot and police car modes in 9 steps. Then plug the Energon Igniters core included in pack into the vehicle and push down to unleash driving action. This Barricade figure stands at a 7-inch scale with eye-catching detailing. The Energon Igniters core unleashes the power in all Energon Igniters figures (each sold separately).
Tricking Autobots always puts a smile on the face of Barricade. When he sees an Autobot or one of their wretched human friends, he converts into a police car to attack his prey when they least expect it.
tramv6igniter20destroyer2
630509629916
272552
In Stock
New