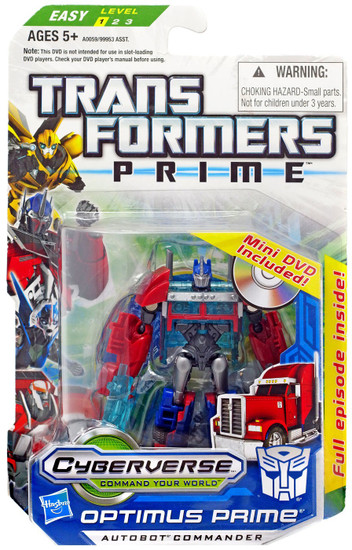 The bravest and most powerful of the AUTOBOTS is also their commander the legendary OPTIMUS PRIME! His goal is nothing less than the defeat of MEGATRON and the safety of the universe.
Fight on the side of good with this awesome Commander Class OPTIMUS PRIME robot-to-vehicle figure! In robot mode, your brave OPTIMUS PRIME figures huge battle cannons will make the difference in hand-to-hand combat against the DECEPTICONS. But if the battle calls for speed, you can convert him in a hurry to semi truck mode and mount the cannons on the cab roof! Keep converting him back and forth so he can handle whatever his enemies throw at him!
Includes figure.
Commander Class Series 2 001 OPTIMUS PRIME
primecommanderoptimus
653569741374
312829
In Stock
New