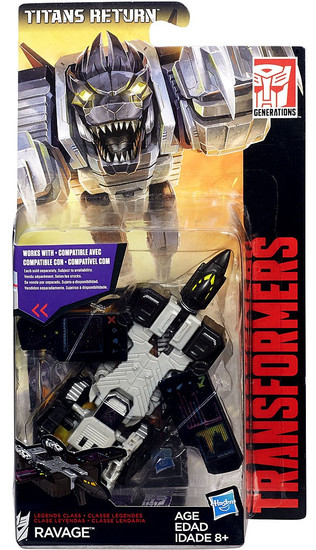 The Transformers battle explodes into uncharted territory when the Titans Return. To control an ancient race of giant, city-sized warriors -- the Titans -- the Autobots and Decepticons must harness the power of Titan Masters, smaller bots that give bigger bots increased abilities in battle. Join the battle with Transformers Generations Titans Return figures.

Decepticon Ravage is part of a team of Decepticon spies led by Soundwave. A loyal and dedicated operative, he is ruthlessly effective at getting the data he needs. Hidden in the shadows, he silently tracks his prey and strikes with ferocious force when the Autobots least expect it.