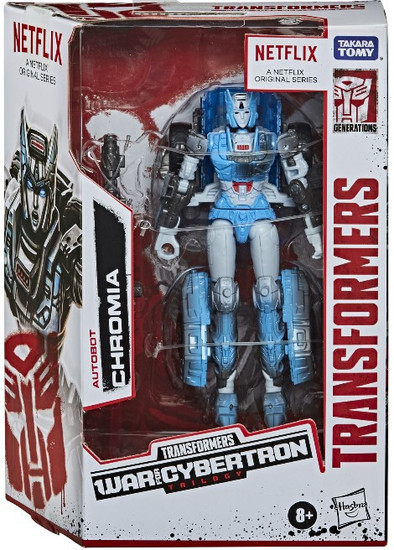 This Chromia toy converts to her Cybertronian vehicle mode in 15 steps and includes 2 series-inspired accessories. Comes with a piece of a Teletraan-1 backdrop. Fans can collect other pieces from series-inspired Deluxe class figures to build the Teletraan-1 backdrop and pose out their figures in front of it! (Each sold separately, subject to availability.) Fun for adults and kids ages 8 and up!