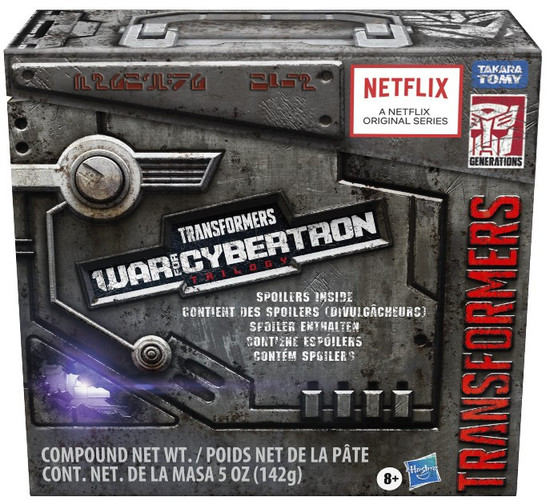 This toy converts to vehicle mode in 34 steps and includes weapon and armor accessories to build up the figure. Also includes Battle Masters figure with epic Energon-infused deco. Comes with 9 accessories!

SPOILER ALERT! Inside the awesome ammo-inspired packaging are spoilers for the War for Cybertron series written in Cybertronian!