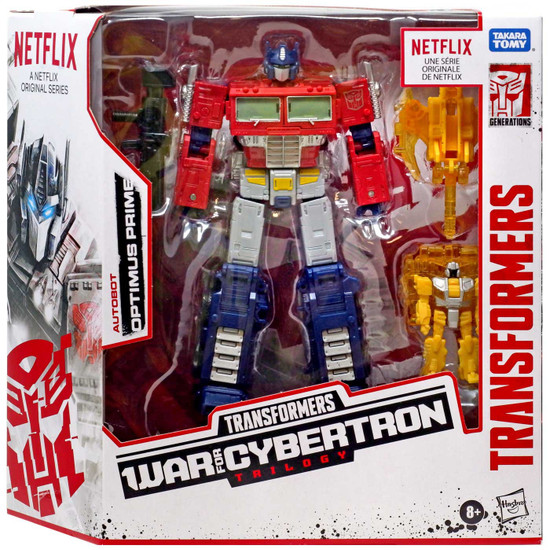 Build the ultimate battlefield inspired by scenes from the Transformers War for Cybertron series. This pack includes a Voyager Class 7-inch scale Optimus Prime figure inspired by the character as seen in the War for Cybertron series. With 54 deco ops and battle-worn details this is the most series-accurate version of the character. Optimus Prime leads the Autobots on a perilous journey through space as they race to find the Allspark before the Decepticons.The Optimus Prime toy converts to truck mode in 31 steps and includes series-inspired weapon accessories. Fans can imagine Optimus Prime charging into battle with his Energon shield and Energon axe with the included Battle Masters figures! Enerax and Sheeldron Battle Masters figures convert to Energon axe and Energon shield modes in 5 and 4 steps.
tracybertriloptimus
5010993768745
349455
In Stock
New