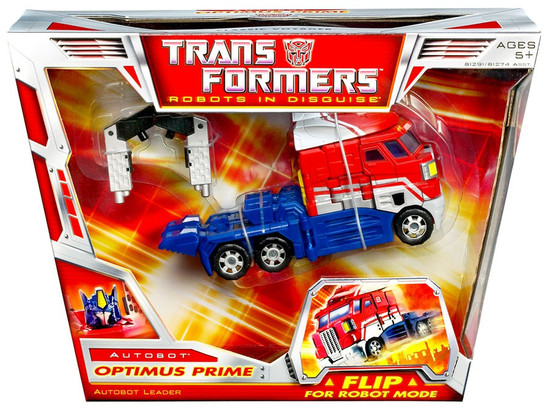 The greatest in a long line of AUTOBOT leaders, OPTIMUS PRIME is a beacon of hope to those who suffer under the tyranny of MEGATRON. He is devoted to the defense of weaker creatures, and has dedicated his life to fighting against MEGATRON wherever he goes. He is unwavering in his compassion, which sometimes allows his enemies to take advantage of him, but he is also utterly without fear in the face of overwhelming odds. Where freedom is threatened, he is an unstoppable force, and a mighty defender of justice and right.