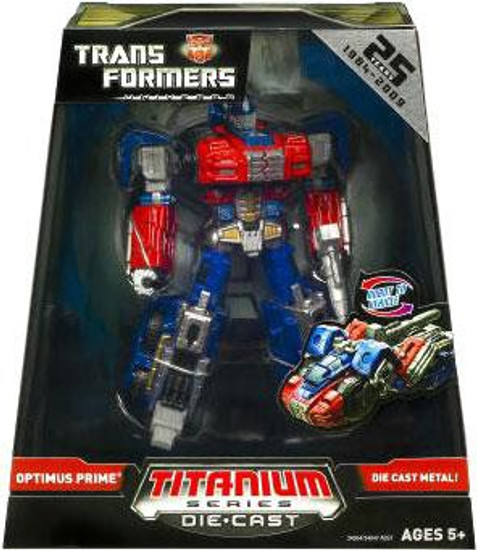 From the fires of a war that laid waste to their planet, to the final battle on their adopted home world, OPTIMUS PRIME has led the AUTOBOTS. For millions of years, he has stood like an unmovable pillar, even as chaos consumed all around him. He is more than a mere leader to his fellow AUTOBOTShe is a symbol of all they stand for. He is justice, peace, and compassion personified. While he lives, the AUTOBOTS will never fail, never falter, and never give up.
Get into the actionor add to your collection!with this awesome, detailed, die-cast metal OPTIMUS PRIME figure. Prepare to give the DECEPTICON forces the fight of their lives with this mighty warrior that changes from robot to tank vehicle and back!