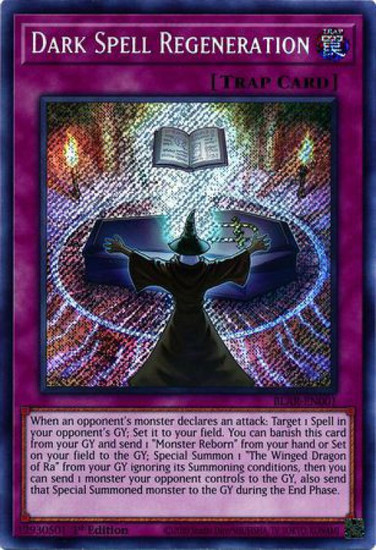 Activationrequirement. Effect. Quick-like. Normal. When an opponent's monster declares an attack: Target 1 Spell in your opponent's GY; Set it to your field. You can banish this card from your GY and send 1 "Monster Reborn" from your hand or Set on your field to the GY; Special Summon 1 "The Winged Dragon of Ra" from your GY ignoring its Summoning conditions, then you can send 1 monster your opponent controls to the GY, also send that Special Summoned monster to the GY during the End Phase.
blaren001
334961
In Stock
New