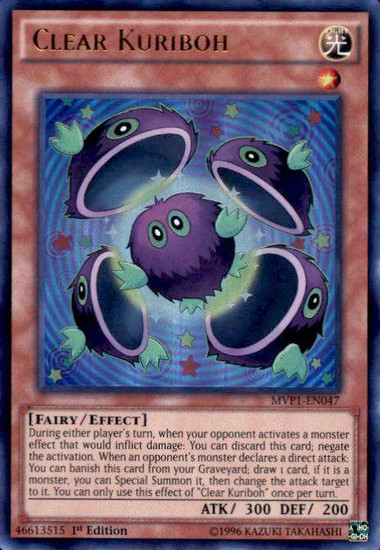 Light. Fairy/Effect. 1. During either player's turn, when your opponent activates a monster effect that would inflict damage: You can discard this card; negate the activation. When an opponent's monster declares a direct attack: You can banish this card from your Graveyard; draw 1 card, if it is a monster, you can Special Summon it, then change the attack target to it. You can only use this effect of "Clear Kuriboh" once per turn.
mvp1en047
643690247203
137455
In Stock
New