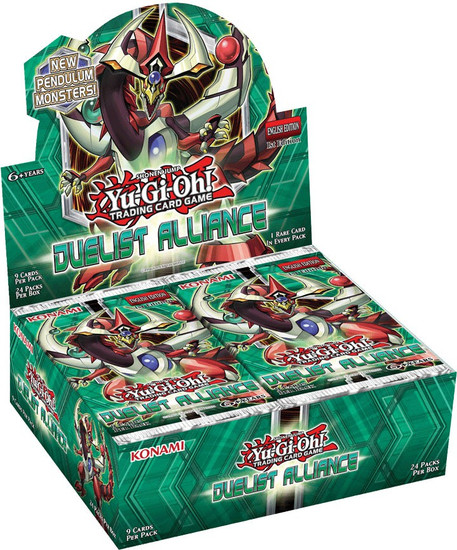 A new tournament season and a new story arc mean it's time for brand new Deck themes and an all-new monster Type! Following their introduction in Super Starter: Space-Time Showdown, Pendulum Monsters appear in full force in the 1st Edition Duelist Alliance booster set! Half Monster Card and half Spell Card, these magical creatures let Duelists swing the tide of battle with Pendulum Summons, the powerful new game mechanic for the Yu-Gi-Oh! TCG, guaranteed to impact Duels like never before. For the first time in six years, Duelist Alliance also introduces a new monster Type to the game: Wyrms! These fearless cousins of Dragonkind can stand up to any monster challenge. Duelists will also be treated to a brand new ongoing Deck theme based on Dante's Inferno, considered to be one of the great classics of Western Literature. On top of all this, Duelist Alliance also introduces several other tournament-level Deck themes that will delight Duelists with their intriguing strategies.