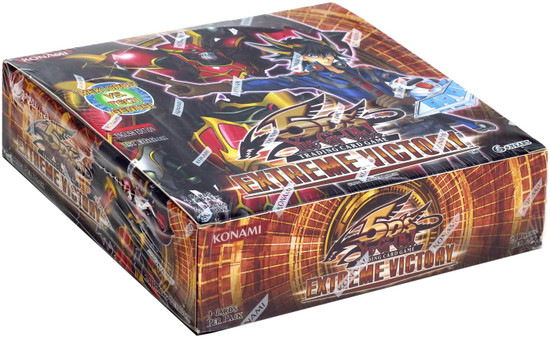 Extreme Victory takes Synchro Monsters to their ultimate extreme, with the new T.G. (Tech Genus) monsters. T.G. Decks are specially designed to crank out Synchro Monsters at a fast and furious pace. And they can do it repeatedly. Duelists can also put the smackdown by utilizing Meklords, a vast army of extremely hungry Synchro-destroying machines. When they see a Synchro Monster, Meklords simply devour it and use its powers for themselves! This set also includes new cards for many popular championship Decks, including Gladiator Beasts, Blackwings, Six Samurai and more. Its the set for Duelists who dont just want a victory; they want an Extreme Victory!
extremevictorybox
4012927240069
119170
In Stock
New