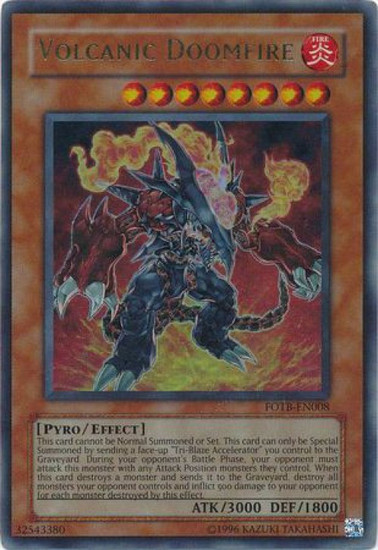 Fire/Pyro/8/3000/1800
This card cannot be Normal Summoned. This card can only be initally special summon by sending a face-up [Blaze Cannon Trident] on your field to Graveyard. When there's monster in attack position on opponent's field during Battle Phase of opponent's turn, opponent must attack this card. When this card destroy a monster and sent it to Graveyard, destroy all monsters on opponent's field, and deal 500 damages to opponent for each monster.
fotben008
0609411401002
191778
Out of Stock
New