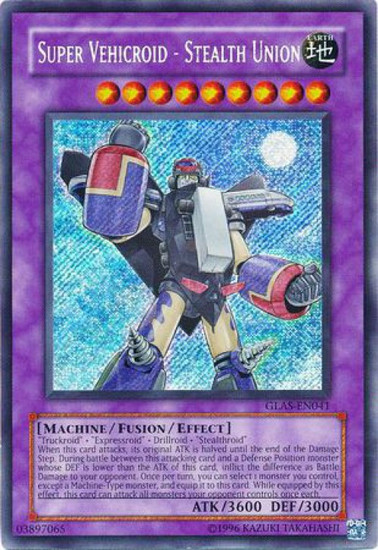 Machine/Fusion/Effect LV9 ATK/3600 DEF/3000
"Truckroid" + "Expressroid" + "Drillroid" + "Stealthroid"
When this card attacks, its original ATK is halved until the end of the Damage Step. During battle between this attacking card and a Defense Position monsters whose DEF is lower than the ATK of this card, inflict the difference as Battle Damage to your opponent. Once per turn, you can select 1 monster you control except a Machine-Type monster, and equip it to this card. While equipped by this effect, this card can attack all monsters your opponent controls once each.
glasen041
0739761888427
193389
Out of Stock
New