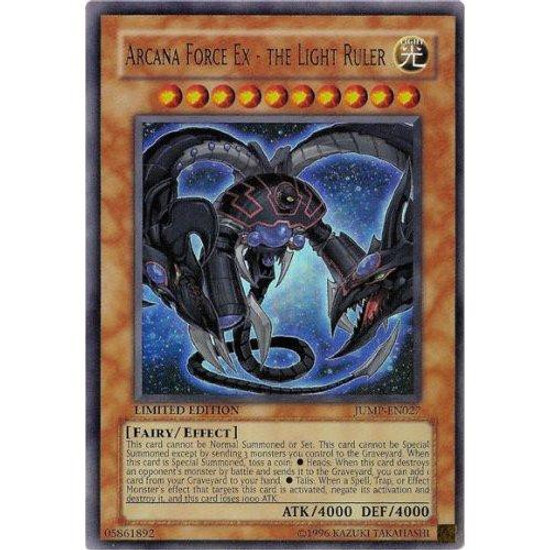 [Fairy / Effect] LV10 ATK/4000 DEF/4000
This card cannot be Normal Summoned or Set. This card cannot be Special Summoned except by sending 3 monsters you control to the Graveyard. When this card is successfully Special Summoned, toss a coin. This card gains one of the following effects based on the result: ? Heads: When this card destroys an opponent's monster by battle and sends it to the Graveyard, you can return 1 card in your Graveyard to your hand. ? Tails: Negate the activation and effect of a Spell, Trap or Effect Monster that targets this card and destroy it. For each card's activation negated this way, this card loses 1000 ATK.
jumparcanalightruler
843852017075
195714
Out of Stock
New