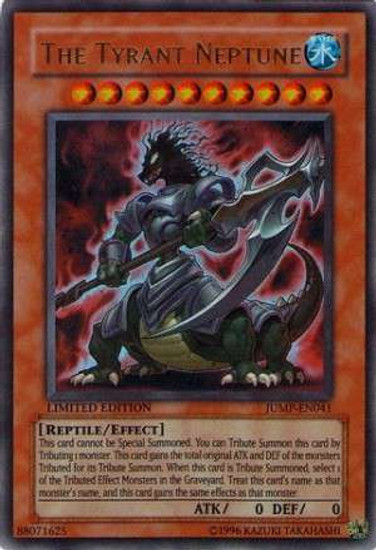 WATER/Reptile - Effect/10/0/0
This card cannot be Special Summoned. This card can be Advance Summoned by Releasing 1 monster. This card gains ATK and DEF equal to the total original ATK and DEF (respectively) of the monsters Released in order to Advance Summon it. When this card is Advance Summoned, select 1 Effect Monster in the Graveyard that was Released in order to Summon it, and this card is treated as being the same card as that monster and gains its effect(s).
jumpen041
604966607657
206244
Out of Stock
New