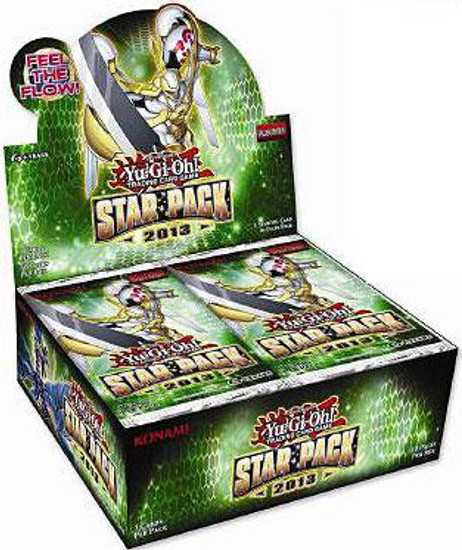 Each pack contains 3 randomly distributed cards with 1 guaranteed Starfoil Card. The cards are taken from a set of 50 cards which are all available as Commons AND as Starfoils. This means a whole bunch of cards never seen before as Starfoils, and a great value for money.

The set Star Pack 2013 contains some of the greatest cards from the first season of the new TV show Yu-Gi-Oh! ZEXAL like Goblindbergh, Galaxy-Eyes Photon Dragon or Number 34: Terror-Byte, so here is an easy way for fans of the show to get their hands on cards played by Yuma and his friends and opponents.
starpackbox
4012927340240
122621
Out of Stock
New