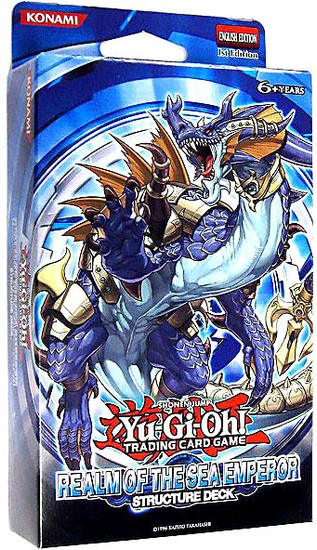 The Realm of the Sea Emperor Structure Deck launches an ocean themed Deck for Duelists. As with all Structure Decks, Realm of the Sea
Emperor is designed to give Duelists a jumping off point to build a competitive Deck.
This Structure Deck will introduce 5 brand new cards including an extremely powerful Spell Card that all deepsea Duelists will want to have
in their Deck.
Duelists can find additional Sea Serpents in Abyss Rising.
roarseaemperordeck
083717892304
214357
Out of Stock
New